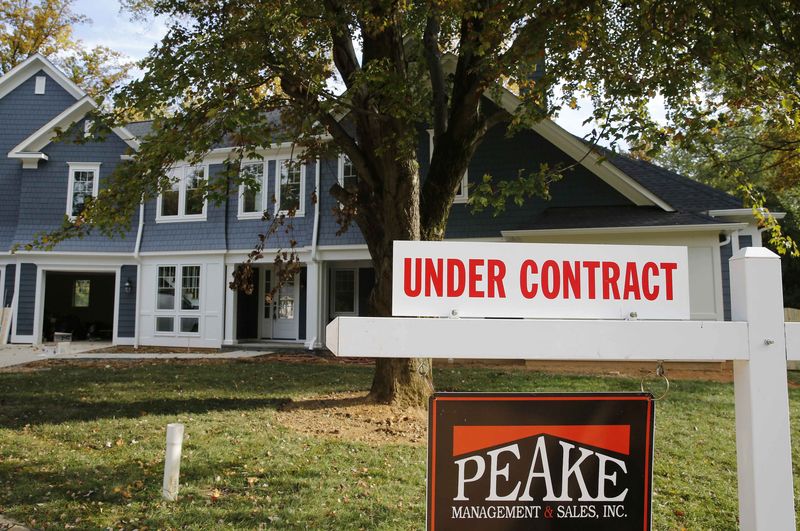 Investing.com — Activity in the U.S. housing market slowed the most since the start of the pandemic in July, as high prices, poor affordability and skyrocketing mortgage rates all combined to generate a stiff headwind for the sector.

The National Association of Homebuilders’ monthly index of activity fell to 55 in July – its lowest in over two years – from 67 in June. Analysts had expected the index only to edge down to 66.

The NAHB’s index is weighted to as to give a pointer to housing starts over the next six months. As such, the precipitous drop suggests that the construction sector is in for a significant slowdown over the second half of 2022, under the influence of rising interest rates and squeezed consumer incomes.

“Production bottlenecks, rising home building costs and high inflation are causing many builders to halt construction because the cost of land, construction and financing exceeds the market value of the home,” said NAHB Chairman Jerry Konter, a home builder and developer from Savannah, Ga., in the NAHB’s statement accompanying the survey.

All regional housing markets suffered, but the regional indices for the South and West fell the most. Likewise, all three components of the overall index – current sales, sales expectations and buyer traffic – fell sharply in the month.

The extraordinary rise in U.S. house prices since the pandemic has been one of the biggest concerns of the Federal Reserve as it tries to bring inflation under control. According to S&P Global’s monthly data, average nationwide house prices were up 21.2% on the year in June, rising at a faster rate than even during the subprime boom 15 years ago.

Recent weekly data from the Mortgage Bankers Association, however, have suggested that the rise in bond yields – and consequently mortgage rates – over the last six months is starting to have the desired effect of cooling down a red-hot market. Mortgage applications have fallen in 18 of the last 23 weeks, as the benchmark 30-year mortgage rate has soared from 3.3% at the start of the year to 5.74% as of last week.